Rural broadband: an economic necessity, not a luxury

Fast, reliable and affordable broadband access in northeastern Minnesota is an economic necessity for businesses, homes and community and government institutions.

Large, small and home-based businesses rely on it. Entrepreneurs and telecommuters rely on it. Schools, colleges and online learners rely on it. Health care facilities and telemedicine rely on it. Almost every facet of daily life in 2020 relies on uninterrupted, high-speed internet. Without it businesses, schools, health systems and families become constricted to conduct both simple and complex tasks. 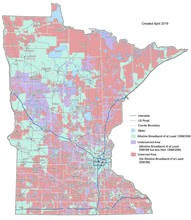 Currently most of northeastern Minnesota is considered either unserved or underserved by broadband service (view state broadband map). However major efforts are underway to overcome the most significant barrier, which is the high cost of deploying broadband infrastructure to rural communities. Beginning in 2015 Iron Range Resources & Rehabilitation financially supported broadband infrastructure to households through two large grants to Clinton and Balkan Townships, and in 2019 through a grant to Aitkin County. In 2016 and 2019 the agency partnered with Blandin Foundation and St. Louis County to help fund the Blandin Broadband Communities (BBC) program to support initiatives in communities throughout the region. The BBC (still in action) spurs access to broadband and increases the number and sophistication of users across the region. 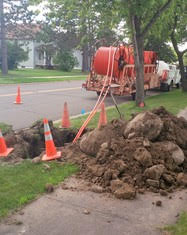 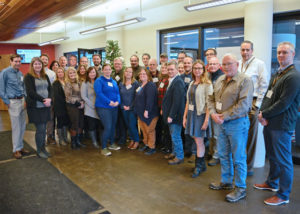 “Access to high-speed internet in rural northeastern Minnesota is equivalent to other basic services such as postal delivery, electricity and telephones,” said Whitney Ridlon, Iron Range Resources & Rehabilitation community development representative. “Mail, electrical and telephone service at one point in history were considered luxuries and available only in larger cities. Eventually our nation considered these basic public utilities and made them available in rural areas across America: mail delivery in the late 1800s, electricity in the 1930s and telephone service in the 1950s. We are at that same point with broadband.”

A 2018 report by NEO Connect, “Iron Range Communities Broadband Roadmap” revealed that in the region, 51% of homes have school-aged residents, 20% have home-based businesses, and 38% of homes have at least one person telecommuting.

“Broadband is fundamental to economic development in rural Minnesota,” said Mark Phillips, Iron Range Resources & Rehabilitation commissioner. “Our region’s exceptional outdoor recreation is a major quality of life draw for people wanting to relocate here. High-speed broadband enables people to live rural and work remotely for employers around the world. It allows businesses in our area to expand and compete. It allows our youth to learn online with colleges across the country.”

Iron Range Resources & Rehabilitation has been investing in broadband since 2015. Two recent announcements emerged regarding the advancement of broadband in northeastern Minnesota, and the agency has been instrumental in their progress either through gap funding or community facilitation.